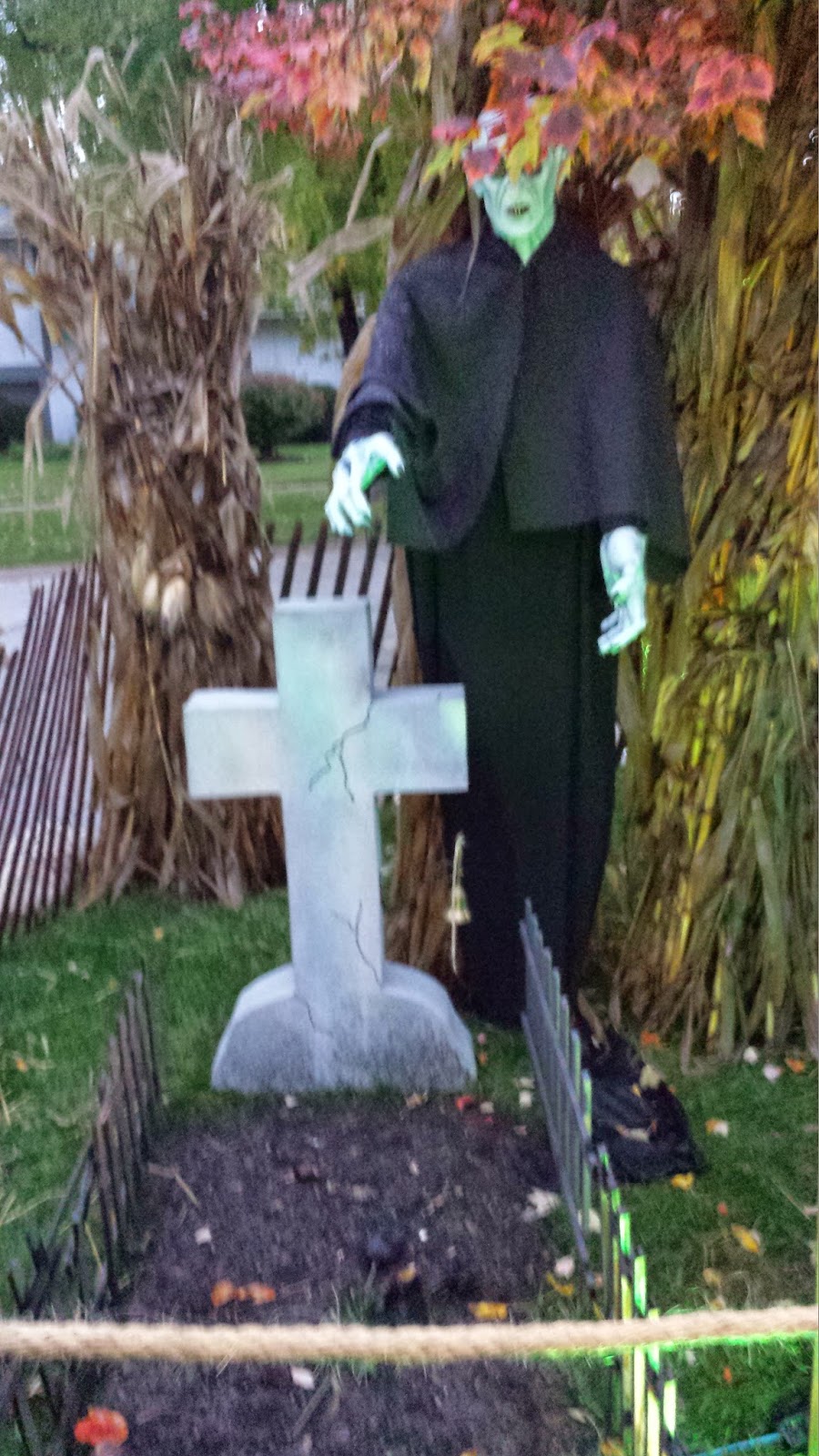 Resurrection on Rosehill was yet another in a long line of brand new haunts for the Tourers in 2013. We hit this on on Halloween itself. It was cold and rainy, and we were thinking that the haunt would not be open at all, but it was, complete with full lights and sounds, and live actors that were terrifying unsuspecting individuals who were across the street. Extra points for the dedication!