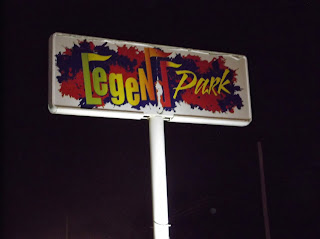 2013 haunt season rolls on, and we bring you our review of Fear Itself, a "scream" park in Indiana featuring five haunts in one place, all for one low price.

The Fear Itself complex is consists primarily of one large, long building which houses four out of the five haunts (a sixth, "Rat Trap" was under construction when we arrived, and it appeared to be in a location separate to the main building). The closeness of all of the haunts saves a lot of time and makes it easy to get form haunt to haunt. The five haunts on offer when we visited were the Thirteenth Hour and Sinister Circus (both 3D experiences),
Rock Monkey Caves, Lost in the Woods (a haunted trail),
and the Cuckoo's Next (a psych hospital).

Find out what we thought by checking out our full review here.
Posted by Unknown at 7:32 PM