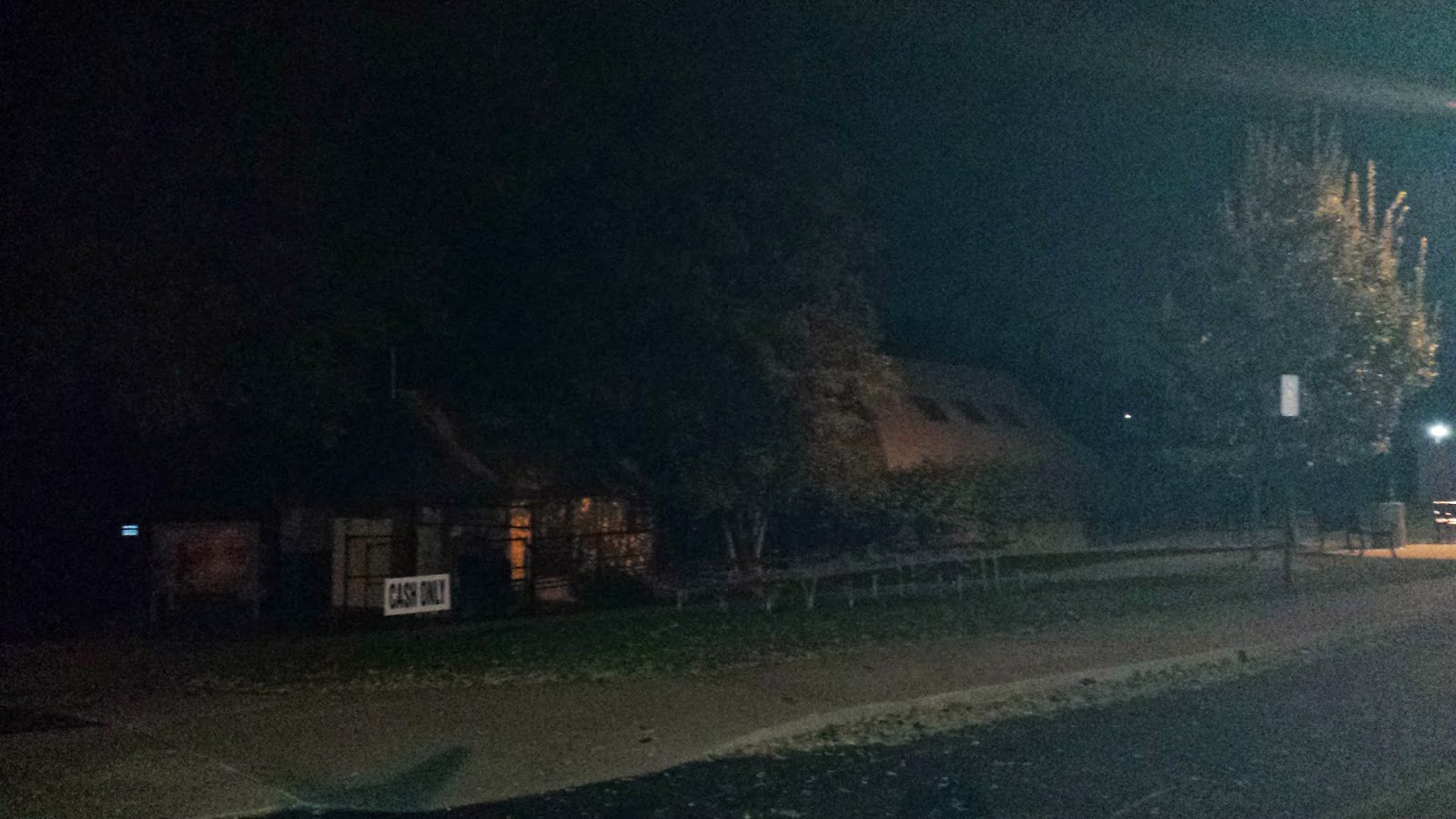 The list of brand new haunts for the Tourers seems to be endless. Here's another one that cropped up for us in 2013 - it's the Haunted Quarry in Batavia. As with many haunts, this was one that was on our list before but that we never got to. However, we made a point of going out there in 2013 and it was well worth it.

Unusually, this haunt featured both inside and outside spaces that visitors alternated between.
It was held in some park district buildings that were not connected, so visitors went from building to building via a series of outdoor trails that also had haunted scenes interspersed among them. It was a very effective use of oddly configured space, and also made the haunt longer and gave it some additional variety.