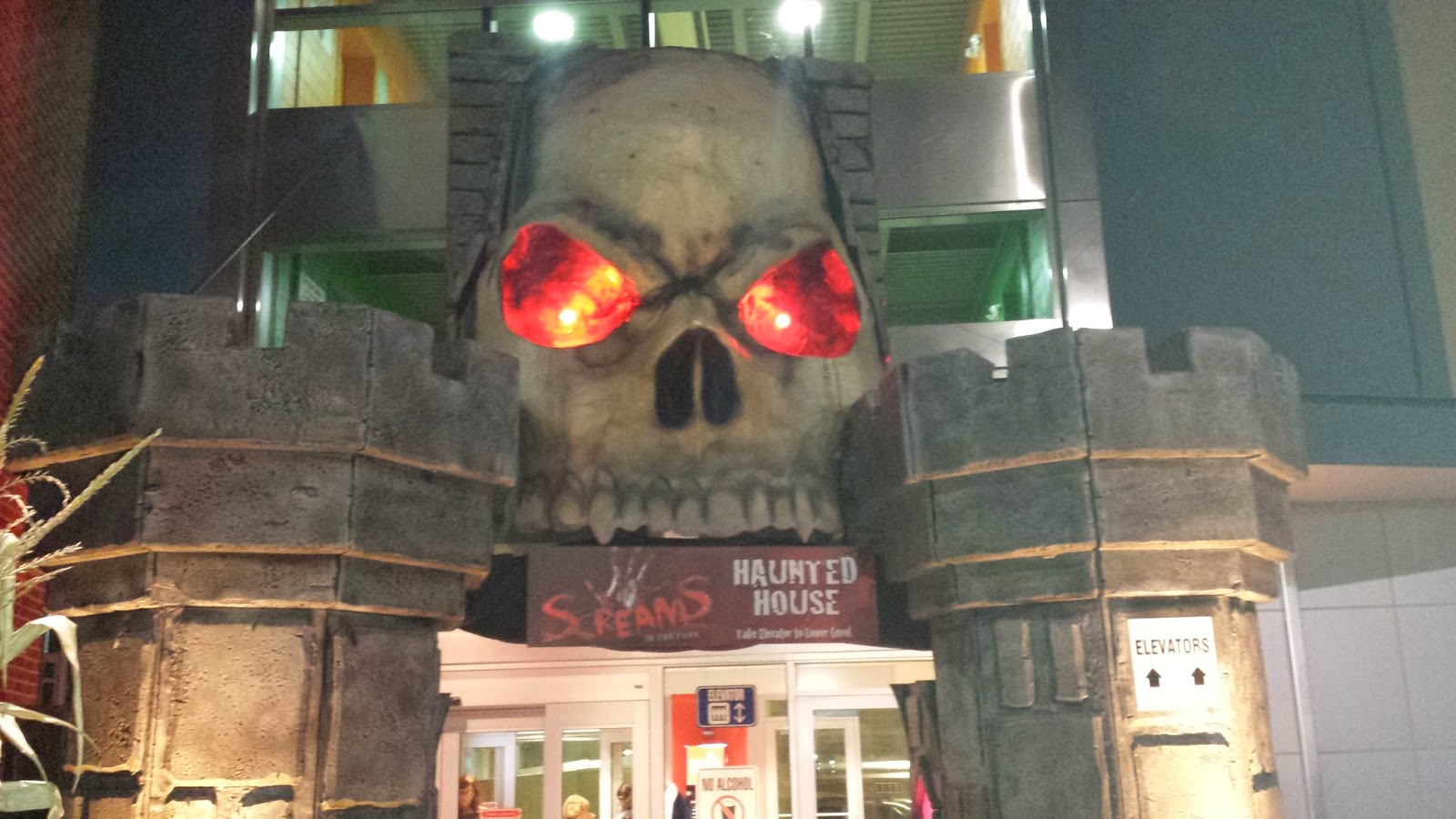 The best thing we can say about Screams in the Park is that it is one of the few pay haunts (in our
view) that lives up to the hype. We remember when this haunt came on the scene. It was clear that it was being portrayed as one of the best haunts ever, and given that it was brand new we found that a bit circumspect. We're always a bit skeptical of such claims as we see them all the time. Thus, we avoided the haunt for it's first year. However, we did eventually get there and we loved it, so it's now one of our "must do" haunts each season. Full review here.
Posted by Unknown at 7:48 PM